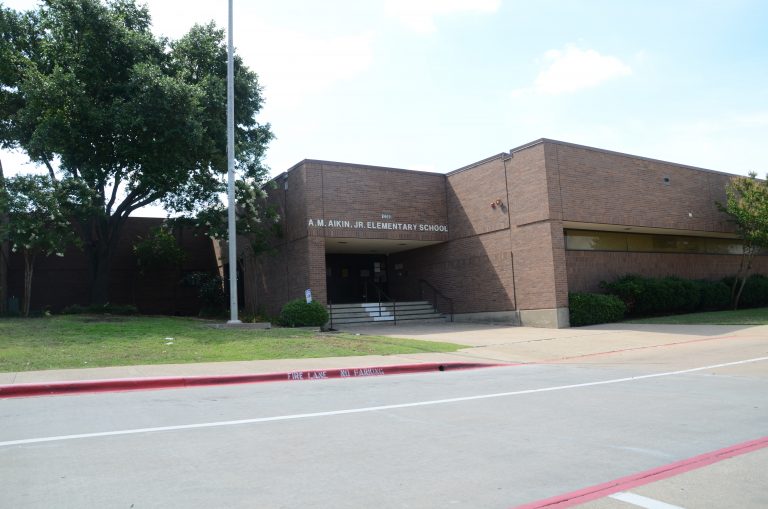 Welcome to Aikin Elementary! We are so proud of our school and community. We extend a very special welcome to our new Aikin students and their families; we are excited to have you join our Aikin family. Students, parents, and the school share the responsibility for education and it is important that all understand and follow the same general guidelines.  Please take a few minutes to read through the Aikin Policies and Procedures with your child to ensure that he/she is familiar with its contents.

Aikin Elementary is committed to the goal of maintaining close communication with its parents to promote positive partnerships with the school.  The staff of Aikin will listen to the parents and will seek their input on decisions related to their child’s educational needs.  Together we can enhance the lives of the children by working as a cooperative team, sharing ideas and visions for the future.

The mission of Aikin Elementary School is to provide students with a comprehensive education that prepares them for a universal future.

My school, home of Eagle pride.

I respect the commitment to do my best,

With the support of my teachers and friends.

A. M. Aikin, Jr. Elementary School opened for classes on August 27, 1979.  The school was named in honor of Senator A.M. Aikin, Jr. who was born at Aikin Grove, Red River County, Texas, on October 9, 1905.  In 1907 the family moved to Lamar County, Texas.  Senator Aikin attended school in Milton and Deport where he graduated in 1923.  His education continued at Paris Junior College in 1923 and 1924.  In 1932, he graduated from Cumberland University at Lebanon, Tennessee, with a Bachelor of Law degree.

He served more than 40 years as a member of the Texas Legislature.  From 1933 to 1937 he was a member of the House of Representatives, before being elected to the Senate where he served until 1975.  As chairman of the two most powerful committees in the Senate, Finance & State Affairs and Higher Education, he was able to influence much legislation.

A.M. Aikin, Jr. was elected by his colleagues to serve as President Pro Tempore of the Senate in 1943.  He also served as acting Governor on several occasions.  He holds the distinction of serving the longest tenure in the Senate in the history of Texas.  All throughout his years in the Senate he maintained a vital interest in improvement of education.  He co-authored the Gilmer-Aikin Laws which brought Texas to the forefront of the nation in education, and is recognized as the father of modern Texas education.  He has been honored for his leadership in education by many state and national education organizations as well as Texas colleges and universities.

Richardson ISD – Where All Students Connect, Learn, Grow, and Succeed